Bromeliad Plant: The Basics and Caring Tips of Raising It Indoors

Bromeliad represents a group of flowering plants that are equally adorable when placed either outdoors or indoors. They make a good display not only for its flowers but for its foliage as well. The colored bracts that house the flowers stand erect above the foliage and appears in various colors of red, yellow, pink.

The leaves that form a cup or vase shape serve an attraction as well because of its bright, glossy appearance. Some species have strikingly variegated leaves while some have varying colors. Apart from being an ultimate attraction, bromeliads are easy to care for making it more appealing to plant enthusiasts.

There is a huge number of plants under the Bromeliaceae family where Bromeliad plants belong. Bromeliad in itself has approximately over 3000 species under around 56 genera. Aside from being an ornamental plant, one species commonly known as pineapple (Ananas comosus) is edible while another species called Caroa (Neoglaziovia variegata) is a good source of fiber.

Bromeliads are naturally thriving in the tropic and subtropic parts of America particularly North and South. Most of them grow as epiphytes which means they need a surface where they can cling on. Others can grow on the ground so you have a wide array of options on how to raise this plant indoors.

Bearing the characteristics of an epiphyte, bromeliads have specialized leaf structures called trichomes. They make use of these disc-shaped structures to absorb minerals and water from the air. Also, Bromeliad has fleshy leaves where they store water enough to sustain them during drought periods.

Watering the plant once a week should be enough. Just fill the middle cup with water and it will quench the whole plant. However, never allow this water to sit in the plant for a long time because it will lead to root rot and salt build-up. If the temperature is cold enough and the light level is low, watering can be reduced to every two weeks.

Depending on what species of bromeliad you’re raising, light requirements can vary from bright to low light intensities. Those with big, hard, and thick leaves can do well with bright light. The ones with thin and soft leaves would love a low light level.

Don’t place a bromeliad in the dark because they won’t survive. Flowers won’t also bloom with insufficient light. Always check the minimum light requirements of the bromeliad species you’re planning to raise before you buy them.

Because light requirements vary from species to species, there are indications that you can observe to know if the bromeliad is happy with the light it receives. If it’s getting droopy and the leaves are too soft and green, then the light is insufficient. If it has developed bleached markings and sunburn spots, has turned yellow or faded, then it’s receiving extreme light.

You can place a bromeliad near a window for proper lighting. Artificial light will also be enough provided that you’re using fluorescent tubes. Make sure to watch out for high light intensities to avoid scorching the plant.

Bromeliad loves a highly humid environment especially the nidulariums, vrieseas, and guzmanias species. Because they’re tropical plants, humidity around 40 to 60% is ideal. They love to have a high level of moisture in the air because they utilize that for their own water needs.

To make sure that your home has high humidity, you can make use of humidifiers from time to time. You can also mist around the plants every day to keep the air moist. Grouping plants together is another no-cost solution to low humidity.

If you decide to plant your bromeliad on soil rather than on different substrates, you have to prepare a fast-draining soil. This will provide good air circulation for the roots to breathe and enough spaces for water to easily pass through.

To create such a good mix, you can mix equal parts sphagnum peat moss, medium grade horticultural perlite, and fine fir bark. Other options would be to mix 1/2 potting soil, 1/4 perlite, and 1/4 orchid bark or equal parts soil-less potting soil, perlite, and pine bark nuggets. Test the soil’s drainage by deep watering the potting mix and see if water drains out completely within a few hours.

You can add fertilizer every 3 to 4 weeks using ½ strength of all-purpose soluble fertilizer. Be careful not to overfertilize because the salts will build up in the plant’s cup. It can lead to sudden death of your bromeliad.

One big bonus you’d receive when you plant bromeliad is the flower it produces once during its lifetime. When it reaches its maturity and if the growing conditions are good, bromeliad plants bloom. Flowers last around 3 to 6 months and once it dies, the bromeliad will eventually die as well.

To encourage blooming, make sure that the plant receives enough light and water. Its environment must be warm enough as well. Adding fertilizer also helps induce blooming so you better consider feeding your bromeliad.

In order to keep your bromeliad attractive and healthy, occasional trimming should be done. Using sharp pruning shears or scissors, you can cut off dead leaves and flower stalks. You may also get rid of leaves that grow out of proportion to maintain the plant’s desired shape.

Pruning is also a good time to remove offshoots from the mother plant. This is advisable for potted bromeliad because they have limited space and we don’t want them crowding in a single container. Those pups can then be used for propagation.

Some bromeliad species grow relatively big so you’d need to transfer them to bigger pots in due time. If pups remain intact in the mother plant, the tendency is for bromeliad to get crowded. You have the option to transfer it to a pot larger than the previous but not too large to avoid the dangers of overwatering.

Always do repotting in spring. Plant the bromeliad to the base of its leaves and make sure it doesn’t fall out of the container. Bromeliads have a shallow root system so it’s best to put support at the base of the plant until the roots get fully established in the soil.

A mother Bromeliad produces pups or small offshoots once mature. You should watch out for these pups and wait until they reach at least ⅓ of the mother plant’s size. After that, you can separate the pups and replant them in new pots using a well-draining mix.

Place the baby bromeliads under bright light but make sure that it’s regulated. We wouldn’t want our new plants to die because of stress. Ensure that the soil is moist but not wet.

Once the pups are already established, transition them under brighter light. Other growing requirements should be met in order for these pups to be healthy. After a year or two, you can expect your bromeliad to bloom.

The bromeliad cup where you pour in water can be a breeding house for mosquitoes. Not only will it be dangerous for the plant. It’ll also be detrimental to your health due to possible dengue threats.

Other insects that can possibly affect bromeliad would be scales and mealybugs. These insects are common to most indoor plants so treating them would not be a great challenge.

Another thing to be happy about bromeliads is that they’re non-toxic to your cats, dogs and children. Basically, they’re perfectly safe to be brought indoors because there’s no toxic compound one might possibly ingest from its parts.

Nevertheless, be extra cautious not to let the plant be surrounded by pets. They might get a little overjoyed and decide to toy with your bromeliad. We don’t want our plant to get ruined that easily.

Why is my bromeliad plant browning?

Brown leaves can indicate a lot of underlying issues. One of which is too much exposure to light. Prolonged exposure to strong light intensities can lead to scorching. Oftentimes, the browning is situated on the leaf tips and is coupled with spots and bleaching appearance.

If the browning is at the base of the plant, then, it’s a possible sign of root rot. These brown leaves would be mushy when touched. They also produce an unpleasant smell.

When will my bromeliad plant flower?

Bromeliad plant will start to bloom once it reaches maturity stage. If you’ve started with a pup, you’ll have to wait a year or two to see flowers coming out. However, it depends on the prevailing conditions around the plant.

Favorable conditions can lead the bromeliad to flower. If a mature bromeliad isn’t blooming, there’s probably a lack in light.

Can I grow bromeliad without using soil?

There are bromeliads that can be grown as epiphytes, terrestrial or saxicolous. This means that it’s possible for you to grow them even without soil. Epiphytic bromeliads only need a substrate such as trees or woods to anchor on.

Caring for bromeliad is such a rewarding thing to do. Even when blooms don’t appear in its lifetime, the foliage in itself is attractive enough for you to be satisfied. On top of that, it requires low maintenance and won’t give you a headache.

The variety of options you have for bromeliad plants is wide. Although they have general growing requirements, be careful to know the specific needs of the species you buy. It’s best to give the ideal conditions at the beginning than do a troubleshoot later in time.

Anthurium Plant: How to Grow and Maintain at Home? 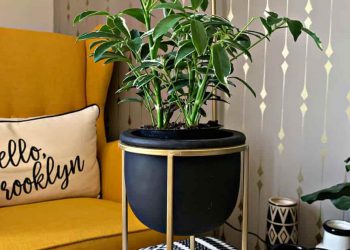 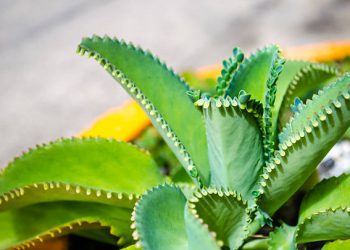 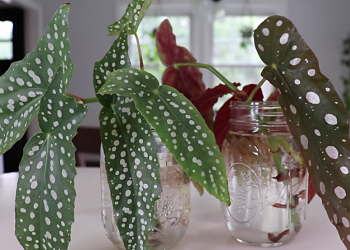 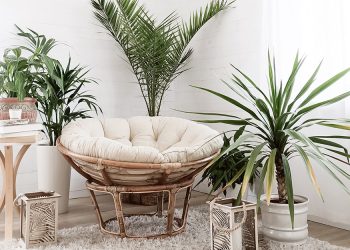 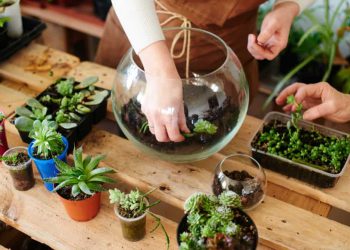