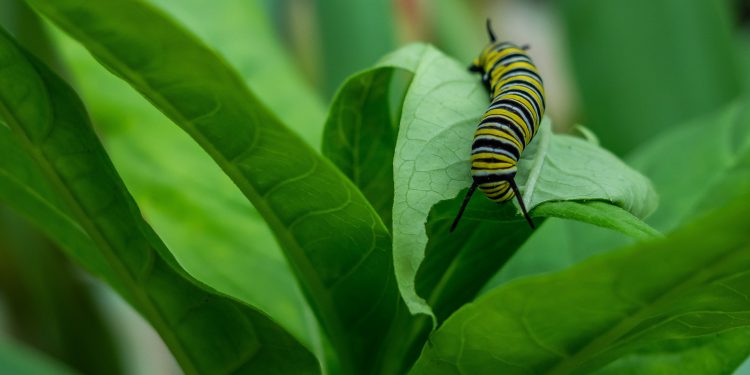 We bring plants into our life because they enhance our mood and create a calm and relaxing atmosphere. A lot of well-known artists find artistic expression in nature. But do you think we reciprocate the same calming feeling when we tend them?

Now, it gets grim.

Do plants feel pain while pruning? It’s a fair question. We wonder because being compassionate towards other living beings in this world is part of being human.

If plants feel pain, shouldn’t we treat them with moral consideration? Do they suffer when we develop land or farm vegetables for food? The backbone philosophies of lifestyles like vegetarianism and veganism are then in question.

Humans perceive physical pain as a physical sensation in our bodies. We have a central nervous system with specific pain receptors or nerve endings that respond to stimuli. These signals travel from nerve to nerve along our spinal cord. It arrives in the brain and gets interpreted as the feeling of pain.

Plants don’t have brains or nervous systems like animals. But they have their way of communicating distress.

Plants and animals are alike in terms of how they can perceive their environment and respond to it. Plants perceive light through their photoreceptors in their stems and leaves. This is why they move their leaves toward the light.

Researchers at the University of Tokyo found out that plants detect a class of odor molecules known as volatile organic compounds (or VOCs). These are essential for defense from pests and to respond to disease in nearby plants. So in a sense, they can smell.

Plants can’t talk but they do communicate.

Scientists discovered that plants can hear caterpillars eating their leaves. Researchers genetically engineered a molecular sensor for a mustard plant that responds by glowing brightly when it detects an increase in calcium.

They found out that an amino acid called glutamate is released as a response to agitation, like bites or mechanical cuts. This activates receptors that release calcium-based signals that move through the plant’s vascular system. This is how plants communicate internally from one leaf to another. In response, they send signals to release chemical defenses to deter against getting eaten.

They recorded the vibrating sound of leaves as the caterpillars eat. They then played back these vibrations to an experimental group who weren’t being eaten by caterpillars. The plants released mustard oil which is a chemical meant to repel pests even though no caterpillars were eating their leaves.

Although this defense mechanism of sending signals was related to getting injured, we don’t exactly know if these signals meant that they feel pain. Plants merely respond to stimuli and this is different from actually feeling in the same context animals experience.

How do plants do it?

Even though they don’t have nerve cells like humans, they have a way to send chemical and electrical signals and even produce neurotransmitters, like dopamine and serotonin, and other chemicals that a human’s brain uses to send a signal.

The science behind how exactly they do this is still poorly understood.

According to Prof. Jack Schultz from the University of Missouri in Columbia, “plants are just very slow animals. Plants are not static, as commonly thought. They move to fight for territory, seek out food, evade predatory animals, and trap prey. They are as alive as any animal, and like an animal, they exhibit behavior”.

For example, the Mimosa pudica quickly folds its leaves when touched. This response is an adaptation to startle away potential predators. In one recent study, they observed that it can get used to the same stimulus and would stop folding after several cycles. It could mean that they not only have sensory awareness but that they learn and remember as well?

There is a new research field called plant intelligence and plant neurobiology (a misnomer because plants don’t have neurons). Researchers are studying areas such as memory, learning, and problem-solving in plants.

Michael Pollan says that there is evidence of plants taking sensory data that they gather from life to behave appropriately in response to stimuli and do this without a brain. Plants experience stress and they respond to a lot of environmental variables. But he struggles to call this learning or even intelligence.

So do plants feel pain?

We learn from these scientific studies that there is not enough evidence to think that plants feel pain or anything at all. As far as physiology goes, plants did not evolve nervous systems to feel like the way humans and animals do.

On the other hand, studies in plant behavior or intelligence might tell a different story. Although plants can be described as intelligent beings for how they react to their environment, this level of intelligence is not enough to give them total consciousness to feel pain or any other emotion. They can only sense and react to stimuli.

So next time you prune your plants, maybe let them know it’s for their own good. An apology may be in order too. You don’t want to hurt their feelings, right?

Do plants scream when you eat them?

A team of researchers from Tel Aviv University discovered that some plants can emit a high-frequency distress sound when under environmental stress. They did not water tobacco and tomato plants and cut off their stems. They recorded their response with a microphone.

They found out that plants began to emit ultrasonic sounds between 20 and 100 kilohertz (a frequency we cannot hear but others do). The intensity varies depending on the source of stress they experienced. They believed that these are stress signals to alert surrounding organisms of potential dangers.

To answer the question of whether plants scream from eating them could be a good research question for another science experiment. 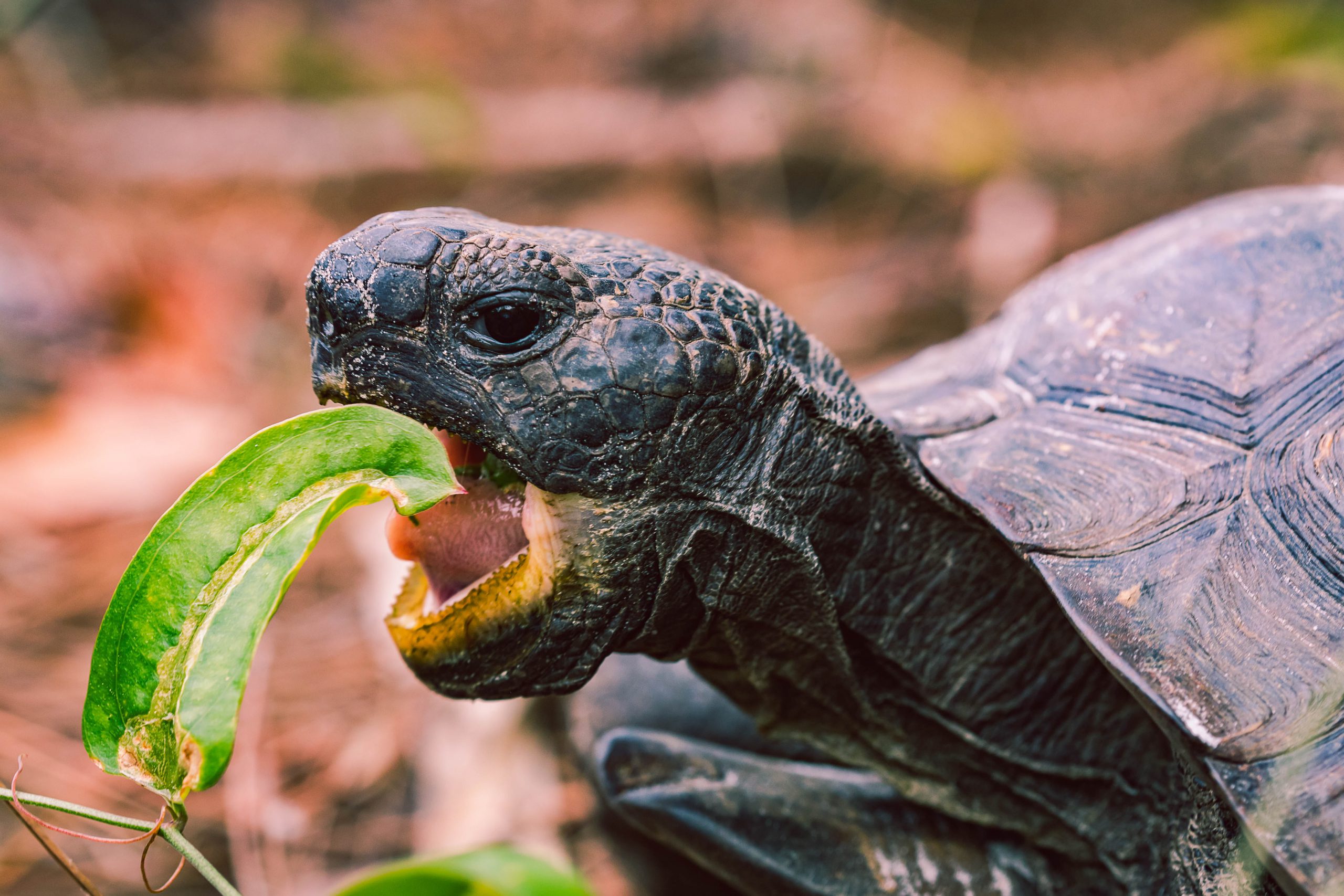 Why does grass smell when you cut them?

The scent we associate with freshly cut grass is a chemical distress call. According to the Science Times, they believe it is the grass’s way of communicating pain and begging critters to save them from attack. It is an airborne mix of carbon-based compounds called green leaf volatiles (GLVs).

Hydrogen Peroxide for Plants: How Does it Help Root Rot and More 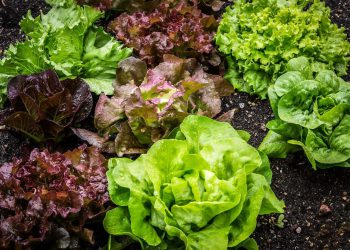 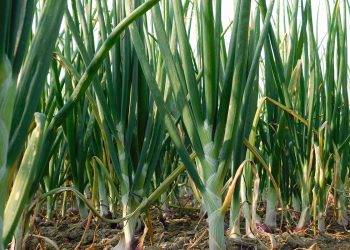 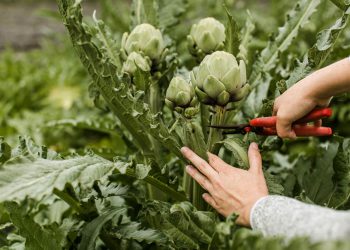 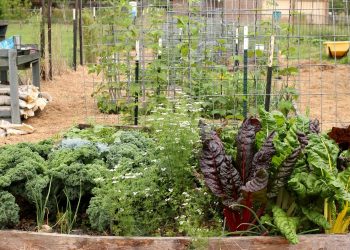 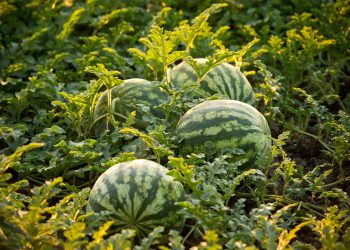 Hydrogen Peroxide for Plants: How Does it Help Root Rot and More