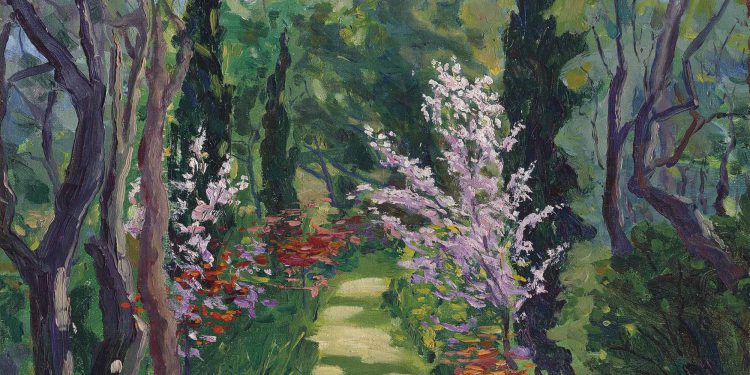 “I owe it to flowers that I became a painter.” – Claude Monet

Monet’s garden is perhaps the most famous in all of the art. Any amateur artist and beginner-level art enthusiast would have come across any of his works with the Garden of Giverny as subject and muse. Even if you do not know who the artist is, chances are, you’ve come across the instantly-recognizable water lily pond painting.

This legendary artist is known for being the founder of the French Impressionism movement. He captured light and the passing of seasons in his countryside home. While many will remember him as a gifted and prolific painter, Claude Monet was also a serious gardener.

These 'Origami' Pots Can Change Its Shape As Plants Grow

Monet called his garden in Giverny his greatest work of art. As he chased the different seasons for the way the light illuminated, he also meticulously planned around it to ensure that the garden gave off a different color each time. Monet wrote daily instructions to his gardener with precise details. At some point, he hired seven to nine gardeners but remained the chief architect of the garden.

Gardens are works of Art

It’s not surprising that many artists tended to gardens. In painting, one considers the color, the composition, the texture, and the shape. So it is with gardening. Before even tilling the soil, the gardener must take into account all those factors and more.

The Gardener and the Painter have a vision, and they bring it to life with their chosen medium. So when the flowers bloom, the trees grow, and the light falls on the garden, it is the artistic expression of the gardener. The same is true for the painter with every stroke of their brush, they express the beauty of their mind.

The popularity of gardens among painters

In the 19th century, gardens were agricultural, tended to for the purpose of growing food. Only the aristocrats with their vast manicured lands could own decorative gardens. Later, a change of tide and circumstance allowed urban houses to create their personal home gardens. This allowed the middle class to design their own gardens for pleasure and beautification.

Painters began cultivating their own gardens as this gave them a natural subject to paint. For Impressionists, like Monet, gardens were the perfect muse: bursting with vibrant colors and natural.

Painters and Their Gardens

In the last 30 years of his life, Monet made his garden the main focus of his artistic production. He reportedly made approximately 250 oil paintings of the Water Lilies series, depicting his flower garden in Giverney.

The garden itself was inspired by art, Japanese style, to be exact. Japanese aesthetics was becoming popular with traditional Japanese art prints making its way to Europe.

Recognized as the “Mother of American modernism”, Georgia O’Keeffe is known for her paintings of enlarged flowers. She was also a popular loner and found solace in a piece of land in New Mexico.

Her time at Ghost Ranch in Abiquiú would inspire her to paint Cerro Pedernal, a flat-topped mountain to the south of her property. This was her favorite subject, and she once said, “It’s my private mountain. It belongs to me. God told me if I painted it enough, I could have it.”

In 1940, O’Keeffe purchased her house at Ghost Ranch, located in the beautiful Chama River valley of northern New Mexico. She spent her summers and falls at Ghost Ranch, and painted the breathtaking views of the landscape, including these ancient and immense red, pink, and yellow striated cliffs that rise up seven hundred feet behind her house. Ghost Ranch is a place of magnificent natural beauty, comprising deep, multicolored canyons and cliffs, plains, grasslands, and streams. It is also a place steeped in complex history and a fascinating culture of oral storytelling. There are numerous stories about the ghosts of Ghost Ranch, many having shifted over time or changed to serve the purposes of the individual storyteller. When asked about how she discovered Ghost Ranch O’Keeffe said, “I’d been staying down around Alcalde, east of here, for several summers in the nineteen-thirties. One day, the boy who was trying to teach me to drive said he knew of a place he thought I’d like better than any I’d seen, and he brought me up here. It was operating as a dude ranch then. Before that, it had been a working ranch. I think the story is that a family was murdered there, and that from time to time a woman carrying a child appears in the original house—that’s the ghost.” What legends or ghost stories are unique to your community? Tell us about them in the comments! 💙 #GeorgiaOKeeffe #OKeeffe #OKeeffeInspired #GhostRanch #ChamaRiver #NewMexicoLandscape #RedPinkYellow #RockFormations #OuttheWindow #IconicLandscapes #OralHistory #OralStorytelling #GhostStories #AlcaldeNM #DudeRanch #NMRanches #HistoricLandscapes #HistoricalLegends

Ghost Ranch is still open for summer trips and recreational activities. There you will find O’Keeffe’s organic garden, from which she harvested produce like kale and apricots. She also planted beautiful lilacs and lilies.

Although he was not a gardener as hands-on as the two mentioned above, Van Gogh was deeply inspired by gardens. You will find that most of his most celebrated works depict gardens and nature.

After the death of Charles-François Daubigny, a painter he admired so much, Van Gogh spent his time in the artist’s home and painted Daubigny’s Garden (1890).

📝 ‘Auvers is really beautiful […] it’s the heart of the countryside, distinctive and picturesque’. 🌾 Van Gogh loved the countryside! The village of Auvers was a great source of inspiration to him. 🎨While he was there, Vincent sometimes made a painting a day. 🌻 Vincent van Gogh, Daubigny's Garden (1890) #VanGoghWanders #Outside #Wanderlust #VanGoghMuseum #Art #Amsterdam #Museum #DailyArt #Nature

Another breathtaking work by this gifted painter is the Olive Trees in a Mountainous Landscape. This piece was completed during his stay at the Saint-Remy-de-Provence asylum. He was inspired by the way the olive trees changed continuously with the lights.

For the eclectic, vibrant, and iconic woman who wore flowers on her hair, plants were a central part of her life. Casa Azul is Frida Kahlo’s colorful home, and there it reflects her love for plants and nature.

With her husband and fellow artist Diego Rivera, they grew fruit-bearing trees (orange, apricot, and pomegranate) and native plants. Sculptures and colorful pots showcased their Mexican and Indigenous cultures. Their library housed dozens of books on botany and herbs. The vivid indigo painting of the Museo Frida Kahlo comes from traditional Mexican pigment paint. This garden is a cultural and artistic experience.

Don’t be surprised the revered statesman is on the list. After losing his job post World War 1, he turned to the arts for comfort. If you remember an episode in The Crown, Winston Churchill spent time in Chartwell painting the goldfish pond in his property.

He possessed a natural flair for painting. One of his notable works is Garden Scene, which was most likely painted in Knebworth House in Hertfordshire. He once remarked, “Just to paint is great fun. The colors are lovely to look at and delicious to squeeze out.” 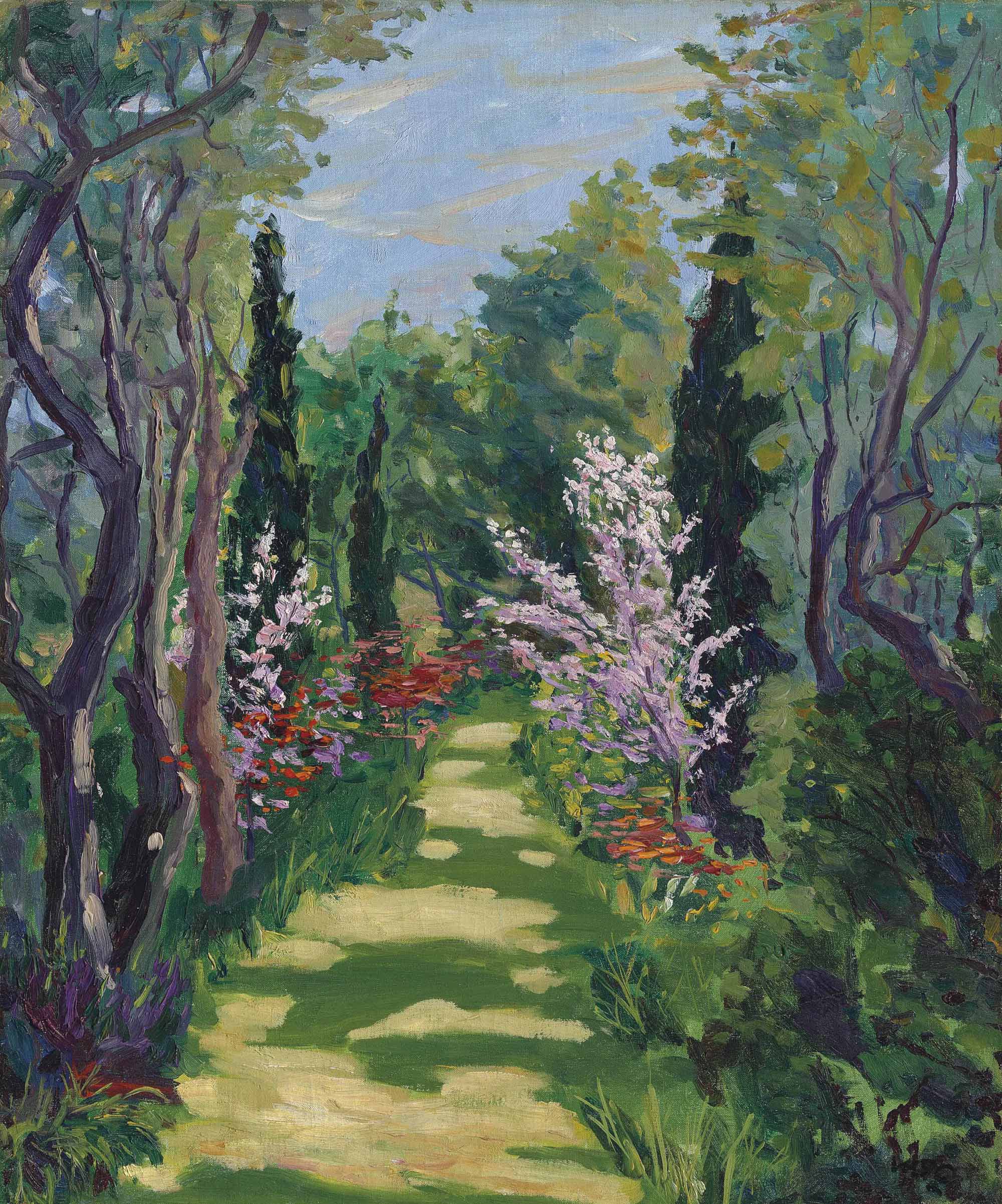 Heralded as the Spanish painter of light, Sorolla captured movement and landscapes under the bright sunlight of Spain. He is well known for the way he depicts everyday scenes of life, preferring the outdoors as the setting for his work.

His painting, Garden of the Sorolla House shows the glorious gardens of their Madrid family home.

From the Japanese-inspired gardens of France to the rocky deserts of New Mexico, to the English countryside, plants and lush gardens are the most inspiring muse. What other artworks and gardens come to your mind? 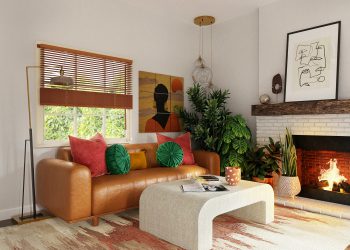 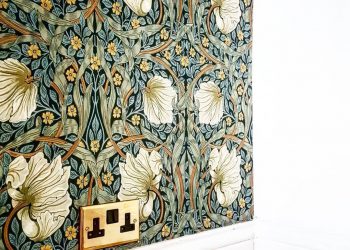 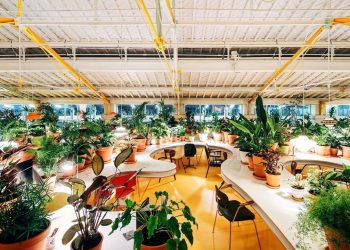 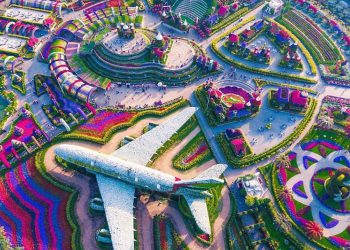 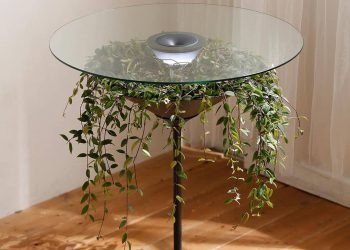 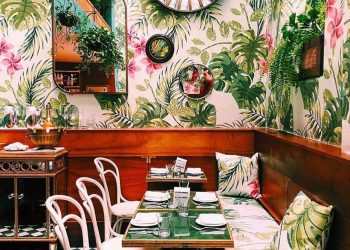