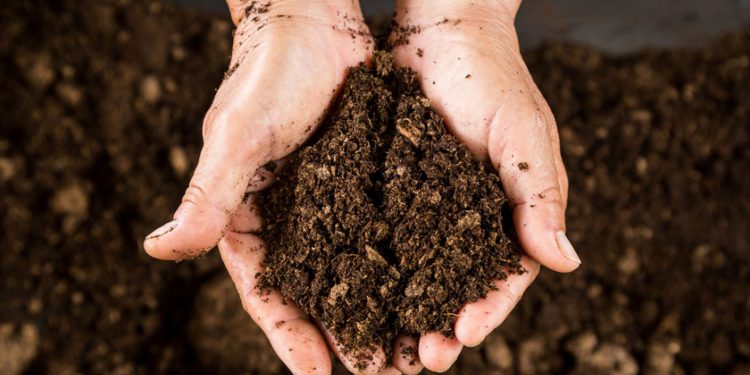 If you are into gardening, then peat moss is a term that you may have heard multiple times. It refers to a common medium designed for use in planting seedlings that promote healthy growth. Let’s learn more about this gardening staple/material called peat moss through this article.

What is Peat Moss?

Peat moss refers to the distinctive and dark brown fibrous material, which comes from decomposed sphagnum moss and other organic materials in peat bogs. This specific material also refers to the light and soft variant of typical or regular soil.

What makes this variant different is that it has a somewhat crumbly feel. Basically, it is a soil amendment harvested or taken out of peat bogs. You can find a lot of peat bogs in wetland parts of Canada.

Peat moss is different from the compost formed and made by gardeners in their backyard as the former consists mostly of moss. The decomposition process also takes place in the absence of nutrition, which tends to slow down the decomposition rate.

Moreover, it takes a lot of millennia for the formation of peat moss to occur. Peat bogs also obtain less than one-millimeter depth annually. Due to this slow process, you can’t classify peat mosses as renewable and environmental resources. 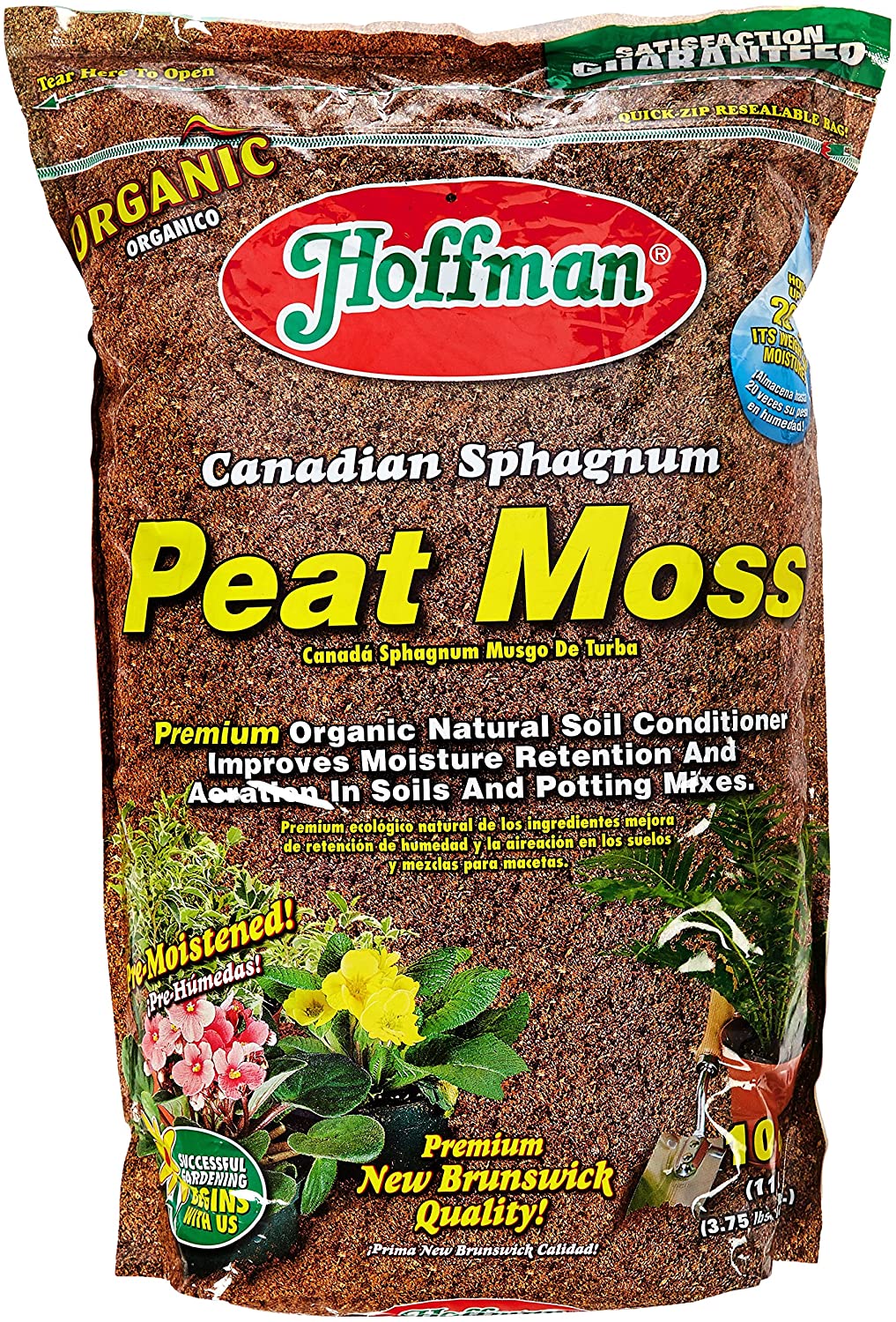 The use of peat moss started a long time ago. For several centuries, many used peat in dried form as a main source of fuel. It works as a fuel as it has high carbon content similar to other fossil fuels.

In the 1940s, peat was recognized for its uses in gardening or horticulture. Gardeners started using it for their plants by that time. Presently, you can see peat moss being used as a soil amendment, mushroom casting, seed starting, and soilless mixture, among many others.

You can also find peat moss in bogs, specifically mucky, waterlogged, and swampy areas that are mainly situated in the Northern Hemisphere. As a matter of fact, the main sources of the commercial peat moss product are Ireland, Finland, Russia, and Canada.

Scotland is also considered a home for peat moss and sphagnum moss. The reason is that around 23 percent of this country has peat covering it. Note, though, that the majority of the peat in Scotland is not commercialized but protected instead.

Peat Moss as a Form of Soil Amendment

In terms of its uses, one main aspect where you can use peat moss is as a form of soil amendment. It also works as a vital ingredient or component in potting soil. With its acid pH level, it is perfect for plants that love acid, including camellias and blueberries.

If your plants thrive better in alkaline soil, though, then it is better to pick compost. The good thing about peat moss is that it does not readily break down or compact. This means that even a single application can be expected to last for a few years.

It does not also have harmful weed seeds or microorganisms that are often present in poorly processed compost. Also, peat moss is a crucial component in a lot of seed starting mediums and soils. It can hold a lot of moisture then release it to roots whenever needed.

Moreover, it is capable of holding on to nutrients. That way, there is a low chance for these nutrients to get rinsed from the soil every time you water your plants.

One more thing you should know about this soil amendment is that it does not work that great as a potting medium when used alone. You have to mix it first with other ingredients that should compose around 1/3 to 2/3 of the mixture’s total volume. Still, it is a great soil amendment because of the following reasons:

Sphagnum peat moss is another term that is actually used for peat moss. The reason is that a lot of the dead materials that are present in peat bogs were actually derived from sphagnum moss, specifically those that grew above the bogs. 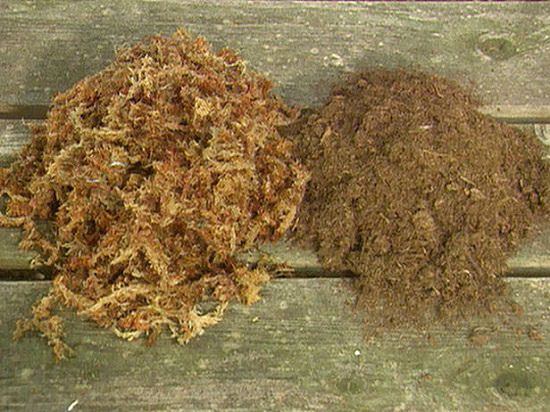 Sphagnum peat moss is different from sphagnum moss, though. The latter actually consists of fibrous and long strands of the plant material. This sphagnum moss is what most florists used as a lining for wire baskets. They also use the sphagnum moss to provide potted plants with a more decorative and unique touch.

Peat Moss and Its Benefits

Using peat moss in gardening and horticulture carries plenty of benefits – among which are the following:

Unlike other growing materials, like some organic ones, that are not genuinely clean, peat moss has an edge in terms of cleanliness and sterility. The cleanliness of moss peat is one reason why you will also have an easier time working with it.

In case you drop a few wet mosses, the only things you have to do are picking it up, sweeping it, or drying it. In terms of sterility, peat moss also has a big advantage. The reason is that it does not contain any fungus, weed seed, harmful chemicals, and bacteria.

This is why peat moss is good for seedlings that are still very vulnerable to the environment surrounding them.

Peat moss also has an incredible moisture-retention capability. This means that it is capable of absorbing and retaining water well. With that, it is the perfect place when it comes to seed starting. It also works as a great mix for other materials that can be used in growing plants.

The majority of peat moss actually have a low pH level, an average range of 3.5 to 6. This still depends on where the mining of the peat moss took place. With that, it is a great choice for plants that crave acid, including blueberries and strawberries.

If you are worried about the strong water-absorption ability of peat moss, then don’t since it does not necessarily mean that it is prone to compaction. As a matter of fact, peat moss will not compact that easily, making it different from actual soils.

Note that compaction actually creates a problem as it causes difficulty in making adequate space for the passing of air and water. If you introduce peat moss to compact materials, you can solve this compaction issue, which can help in improving the drainage capability of the growing mix.

How to Use Peat Moss?

Peat moss is now used in a lot of soilless potting mixes. This means that if you already began to cultivate plants indoors using seedlings, it is greatly possible that you have also used the sphagnum peat moss. It would be a lot better for you to use the soilless potting mix when it comes to starting seeds because of the following:

It is also a big help in seed starting due to its sterile nature. Peat moss has antiseptic qualities that prevent fungi and bacteria from seeds. Moreover, it can provide excellent aeration and drainage as well as fine texture, which contributes to good germination.

Aside from the soilless potting mix, you can also use peat moss outdoors. You can till it to develop a planting or garden bed in case soil is not adequately friable. It also makes your garden soil lighter, thereby improving drainage and preventing compaction.

When planning to use peat moss for hydroponic growing, it would be much better to have it mixed with other materials. Blend it with growing media, like vermiculite and perlite so you can retain the proper balance in terms of moisture and aeration. 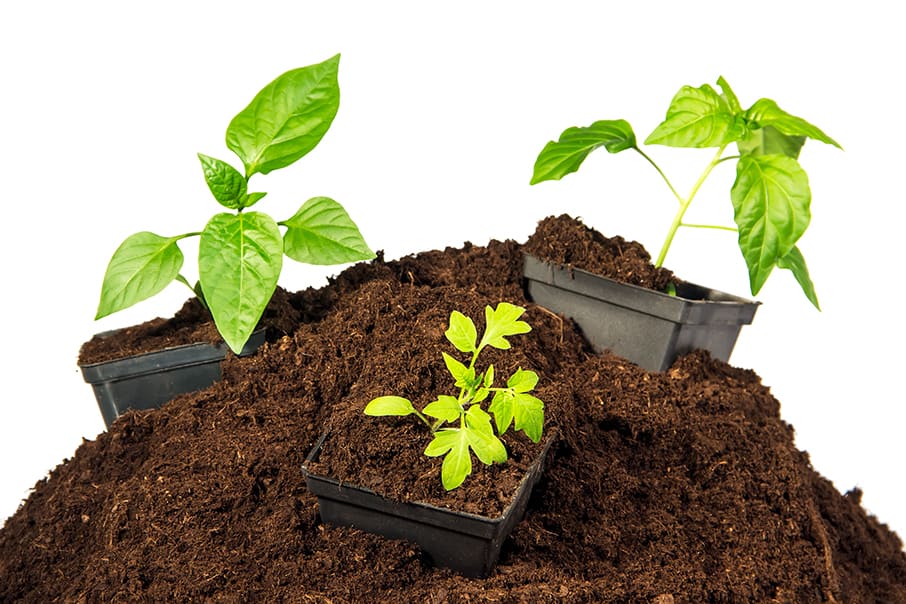 Are There Downsides to Using Peat Moss?

Despite the many uses of peat moss, it also has a few downsides. Among the most common downsides of moss peat are the following:

Not Renewable and Sustainable

Peat moss is not truly renewable, which is one reason why some gardeners say that it does not carry any environmental benefit. You cannot renew it in several years, even in 20 years, as it would take several millennia for that to happen.

That said, you can’t classify peat moss as a growing medium that is environmentally friendly. The fact that peat moss harvest is not sustainable is also one reason why doing so requires regulation and careful analysis.

Too Acidic for Some Plants

As mentioned earlier, peat moss commonly serves as a great soil amendment for plants that love acid. However, there are instances when it becomes too acidic for some plant species. In that case, it may be necessary to add some garden lime into the planting bed as a means of increasing the pH level of the soil.

In order to grow a healthy garden, you have to make sure that the soil is rich in nutrients. The problem is that peat moss does not have as much beneficial and rich nutrition as compost that are supposedly necessary for nurturing and growing a luscious garden.

You also have to use it along with other nutrients to ensure that the soil, which is poor in nutrition, will not cause any damage to the plant structure. Aside from that, moss peat is incapable of attracting earthworms due to its lack of nutrition. It is crucial to attracting earthworms because they help in the soil aeration process.

Undoubtedly, peat moss has a lot of natural uses in the field of gardening. Some of its viable uses are for potting soil, planting seeds, plant compost, and transplanting plants. This gardening material is kind of expensive, though, so it is not advisable to use it alone. Include it in or combined it with garden soil as it can lower the cost while letting you enjoy this gardening staple’s benefits.

Powdery Mildew – Everything You Need To Know 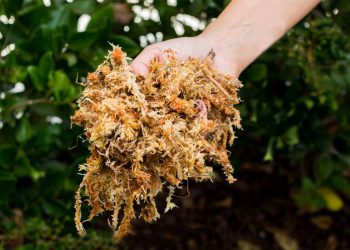 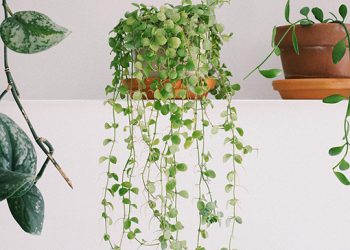 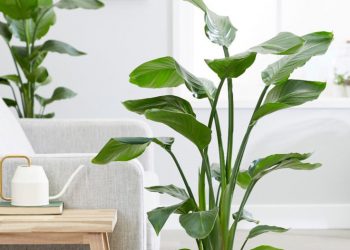 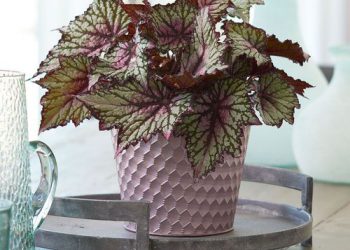 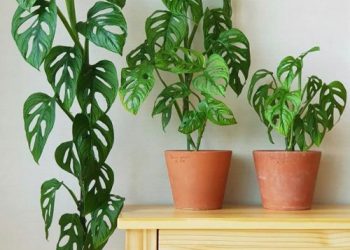 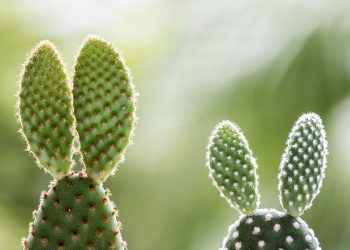 Growing Juniper – How to Care and Planting Guide

Eggplant Companion Plants – See What You Can Grow Together