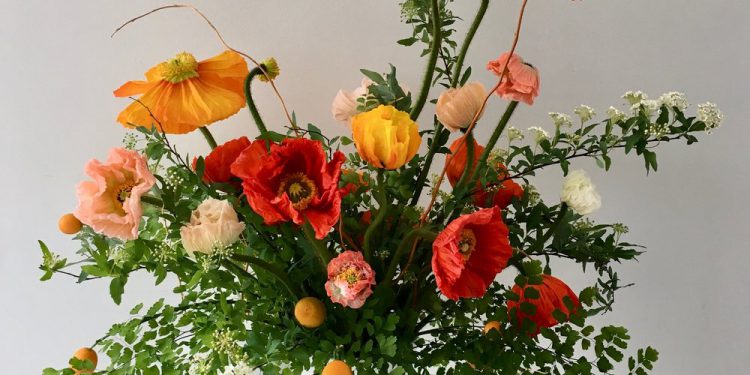 There is no better entrance into the spring and summer than welcoming the delicate blooms of the poppy flower. This plant’s rich and colorful flowers are one of the most welcome sights of the season. Poppies are easy-to-grow, hardy flowers that are sure to be a mainstay in your garden with their simple care.

Overview of the Poppy

Poppies are native to countries in Central Asia, like Turkey and Iran. The scientific name of Poppy, ‘Papaver’ comes from the Latin word pap, which means to swell. A poppy flower, before blooming, often looks like a swelling ball.

The beautiful and delicate poppy plant belongs to the Papaveraceae family, with over 120 poppy species. These plants grow and bloom in between spring and early summer, and are most commonly found in USDA Zones 3-10. Worldwide, poppies grow in cooler climates.

30+ Purple Flowers to Beautify your Garden

14 of the Best Easy Flowers to Grow Indoors

This Flower Gives Food A Beautiful Hue of Blue

7 Edible Flowers That You Can Actually Eat

Different varieties of poppy flowers produce colorful blooms with hues of red, orange, yellow, and white, among countless others. The most familiar Poppy plant is known as the Common Poppy, which produces distinct, red flowers. Poppies can grow to be as tall as 4ft in height. Smaller, dwarf varieties of poppies reach about 2-3 ft tall.

Poppies are most recognized for their awe-inspiring, crepe-like flowers. It takes around 3 to 4 months for a poppy plant to produce flowers, and its blooms last anywhere from 1 to 2 weeks in the garden.

Poppy flowers can generally be divided into two types: Perennials and Annuals. Perennial Poppies can live for up to two years and beyond, while Annual Poppies live up to one growing season. The care for perennial and annual poppies is similar.

Perennial Poppies can live for more than a year, with an average longevity of 2-3 years. Perennials return seasonally by staying alive, but dormant, throughout the winter. With Poppies like those listed above, continuous blooms every spring and summer are guaranteed with proper care.

Unlike perennials, annual Poppies usually live for only one growing season before dying. Seeds of annual Poppies must be planted in the soil every year to see continuous blooms. However, annual poppy seeds will often find their way into the ground and start as new plants.

If starting from seed, sow your poppy seeds from March to May at a temperature of 50-65F (10-18°C), making sure that the seeds are 6 inches apart. Keep the soil moist, but not wet, and the seedlings will emerge after 3-4 weeks.

When planting in soil, keep a depth of about 8-10 inches to maximize the growth of the plant. If you plan to keep the plant in a container, sow the seeds in a pot with a depth of at least 8-inches to accommodate the plant’s long roots.

Transplanting is not recommended because of the poppy’s long and fast-growing taproots. It is also better to directly sow poppies on the ground or container instead of starting them indoors.

If transplanting is a must, the Poppy transplants better during its dormant season (if perennial). The best time to do so is late in the summer or during the winter when the plant is not actively growing. Transplanting should also be done during an overcast day so that the plant is not stressed by the heat of the sun.

At least 6 hours of sunlight is sufficient for poppies, but they can also grow in dappled sunlight. Take note that the less sunlight a Poppy receives, the fewer blooms there will be.

As a plant that grows actively in the spring or early summer, Poppies enjoy sunlight but do not do well in the heat. Aim to give your poppy plant high amounts of sunlight with lower temperatures between 60-75F (15-25°C).

The health and growth of poppy plants depend heavily on their climate environment. Poppies that grow in colder climate areas can bloom for the entire summer. Poppies in warmer climates tend to die back early in the summer season. The general bloom length of poppy plants, however, is 1-2 weeks.

During the seedling stage, keep the soil of your poppy plants moist, and water only when the top of the soil dries out. Once the plant is about 1-2 months old, the plant’s stem can store more water and becomes drought-tolerant.

Aim to water your poppy with at least 1-inch of water weekly, allowing your plant to dry in between watering. It is good practice to water deeply but infrequently rather than giving Poppy small sips of water every day, as this may lead to root rot.

Take note that Poppies planted in pots dry out faster than those grown in soil. If your poppies are placed in containers, the plant may need to be watered more than usual.

One of the most important aspects of attending to Poppies is to grow them in their preferred type of soil. Almost all poppy varieties prefer well-draining soil. Soil with a mixture of both sand and loam will allow water to drain faster while reaching all the roots of the plant.

Poppies are not picky with their potting mix as long as their needs are met. Again, choose soil that drains easily. Some Poppies, like California Poppies, can even thrive in dry sidewalk cracks.

Poppies are generally not susceptible to pests because of their easy care. However, keep a bottle of Neem Oil or Insecticide on hand in case common garden pests make an appearance and follow bottle instructions accordingly.

Poppy flowers do not need extra nutrients to grow and bloom. However, adding compost or manure into the soil before planting can produce healthier stems and foliage throughout the season.

If compost or manure is not available, slow-release fertilizer with balanced Nitrogen, Phosphorus, and Potassium (NPK) ratios (ex. 14-14-14) can be placed in the soil before planting so that the plant can receive consistent nutrients to grow.

If using a liquid fertilizer, poppies only need a single application of a high phosphorus fertilizer during their flowering period from June to August, to encourage strong and healthy blooms. Fertilizers with higher Nitrogen ratios (ex. 20-10-10) produce more leaves rather than flowers, so avoid them.

Poppies can be propagated through seed pods and division. To propagate Poppies through seed pods, wait for the flowers to wilt to collect seeds for planting. Poppy seeds are generally ready for harvesting when their seed pod turns beige, with each pod containing around 70 seeds.

To propagate Poppies through division, dig up your plant after the summer (or in the fall) and carefully cut down the clumps into smaller pieces, making sure that each piece has taproots. Transfer the freshly cut clumps to their new location and care for them as usual.

As for pruning, Poppies generally do not need to be pruned. However, once the blooms of your Poppy wither, it is best to gently pinch or cut off the flower to keep the plant looking neat.

Some species of Poppies are highly poisonous, especially the Opium Poppy, which releases alkaloids. Ingesting raw and unprocessed Poppy seeds can lead to convulsions, poisoning, and in severe cases, death. All poppy plants, including ornamental poppies, are poisonous to dogs and horses. Keep all of your poppy plants away from housepets.

Do Poppies bloom only once?

Annual Poppies will only bloom once before they wither. Perennial Poppies, however, can bloom more than once in the spring or early summer after their first growing season. Oriental Poppies (a type of perennial poppy) for example, can be cut back to encourage green foliage growth and blooms for their next season.

Poppies are definitely one of the most eye-catching and yet easy to care for flowers to keep in your garden. The rich and colorful blooms of the poppy flower will surely keep your days bright.

Consider giving poppies a try for your next garden project, as the white, pink, and red flowers of your poppies will sweetly welcome you into spring. 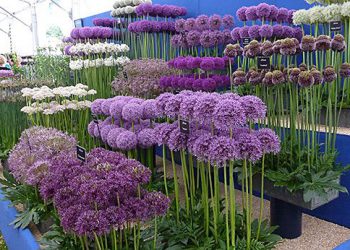 30+ Purple Flowers to Beautify your Garden 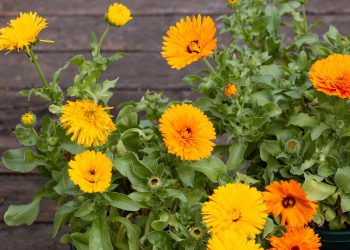 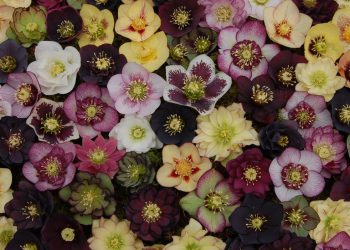 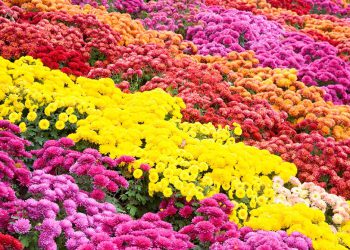 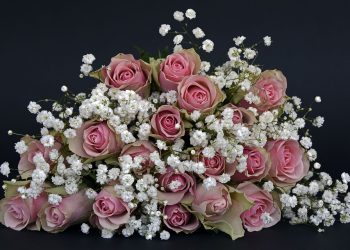 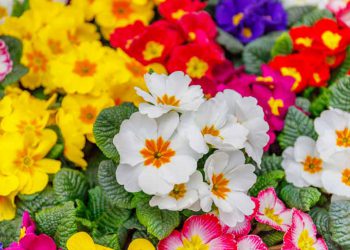